1B Pull off the pen cap.

1C Check that the medicine is clear and colorless to almost colorless. 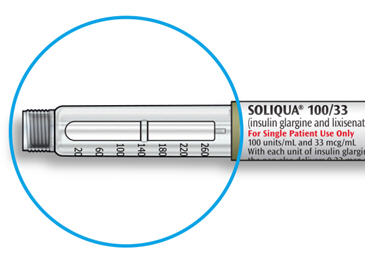 1D Wipe the rubber seal with an alcohol swab.

If you have other injector pens

2A Take a new needle and peel off the protective seal.

2B Keep the needle straight and screw it onto the pen until fixed. Do not over-tighten. 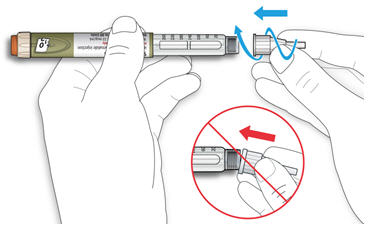 2C Pull off the outer needle cap. Keep this for later.

2D Pull off the inner needle cap and throw it away.

Step 3: Do a safety test

Perform a safety test before each injection to:

3A Select 2 units by turning the dose selector until the dose pointer is at the 2 mark. 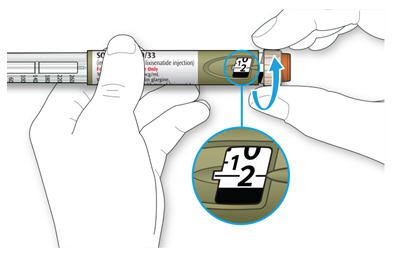 3B Press the injection button all the way in. 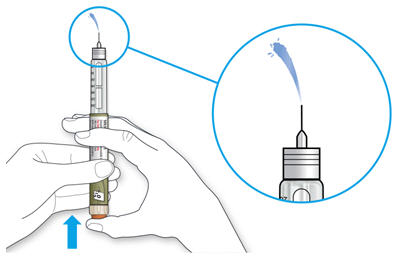 If no liquid appears:

If you see air bubbles

4A Make sure a needle is attached and the dose is set to '0'.

4B Turn the dose selector until the dose pointer lines up with your dose.

How to read the dose window

Units of medicine in your pen

If you find it hard to press the injection button in, do not force it as this may break your pen. See the section after Step 5E below for help.

5A Choose a place to inject as shown in the picture labeled "Places to inject."
5B Push the needle into your skin as shown by your healthcare provider.

5C Place your thumb on the injection button. Then press all the way in and hold. 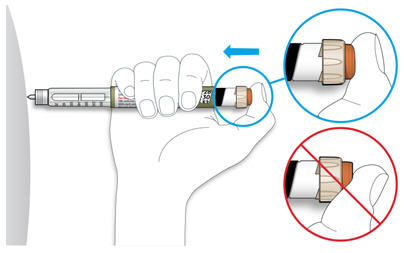 5D Keep the injection button held in and when you see "0" in the dose window, slowly count to 10.

5E After holding and slowly counting to 10, release the injection button. Then remove the needle from your skin.

If you find it hard to press the injection button in:

6B Grip and squeeze the widest part of the outer needle cap. Turn your pen several times with your other hand to remove the needle.

6C Throw away the used needle in a puncture-resistant container (see "Throwing your pen away" at the end of this Instructions for Use).

6D Put your pen cap back on.

How to store your pen

Keep this pen out of the sight and reach of children.

How to care for your pen

Handle your pen with care

Protect your pen from dust and dirt

Throwing your pen away

This Instructions for Use has been approved by the U.S. Food and Drug Administration.

SOLIQUA and SoloStar are registered trademarks of sanofi-aventis U.S. LLC.

© 2022 FDA.report
This site is not affiliated with or endorsed by the FDA.