FOR TOPICAL USE ONLY.
NOT FOR OPHTHALMIC USE.
Rx only

Metronidazole gel is indicated for topical application in the treatment of inflammatory papules and pustules of rosacea.

Metronidazole gel is contraindicated in individuals with a history of hypersensitivity to metronidazole, parabens, or other ingredients of the formulation.

General: Metronidazole gel has been reported to cause tearing of the eyes. Therefore, contact with the eyes should be avoided. If a reaction suggesting local irritation occurs, patients should be directed to use the medication less frequently or discontinue use. Metronidazole is a nitroimidazole and should be used with care in patients with evidence of, or history of blood dyscrasia.

Information for patients: This medication is to be used as directed by the physician. It is for external use only. Avoid contact with the eyes.

Metronidazole has shown evidence of mutagenic activity in several in vitro bacterial assay systems. In addition, a dose-response increase in the frequency of micronuclei was observed in mice after intraperitoneal injections and an increase in chromosome aberrations have been reported in patients with Crohn's disease who were treated with 200-1200 mg/day of metronidazole for 1 to 24 months. However, no excess chromosomal aberrations in circulating human lymphocytes have been observed in patients treated for 8 months.

There has been no experience to date with the use of metronidazole gel in pregnant patients. Metronidazole crosses the placental barrier and enters the fetal circulation rapidly. No fetotoxicity was observed after oral metronidazole in rats or mice. However, because animal reproduction studies are not always predictive of human response and since oral metronidazole has been shown to be a carcinogen in some rodents, this drug should be used during pregnancy only if clearly needed.

Nursing mothers: After oral administration, metronidazole is secreted in breast milk in concentrations similar to those found in the plasma. Even though metronidazole gel blood levels are significantly lower than those achieved after oral metronidazole, a decision should be made whether to discontinue nursing or to discontinue the drug, taking into account the importance of the drug to the mother.

Pediatric use: Safety and effectiveness in pediatric patients have not been established.

The following adverse experiences have been reported with the topical use of metronidazole: burning, skin irritation, dryness, transient redness, metallic taste, tingling or numbness of extremities and nausea.

FOR TOPICAL USE ONLY.
NOT FOR OPHTHALMIC USE.
WARNING: KEEP OUT OF
REACH OF CHILDREN. 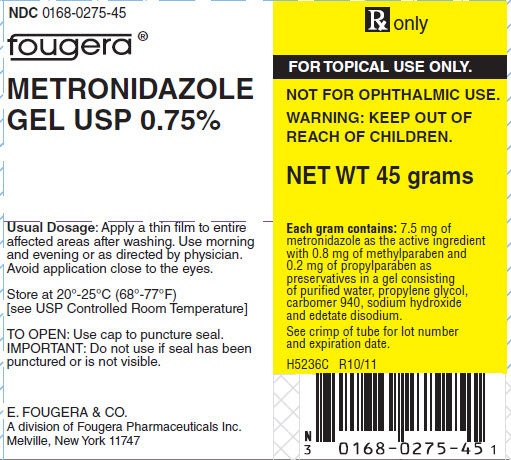 FOR TOPICAL USE ONLY.
NOT FOR OPHTHALMIC USE. 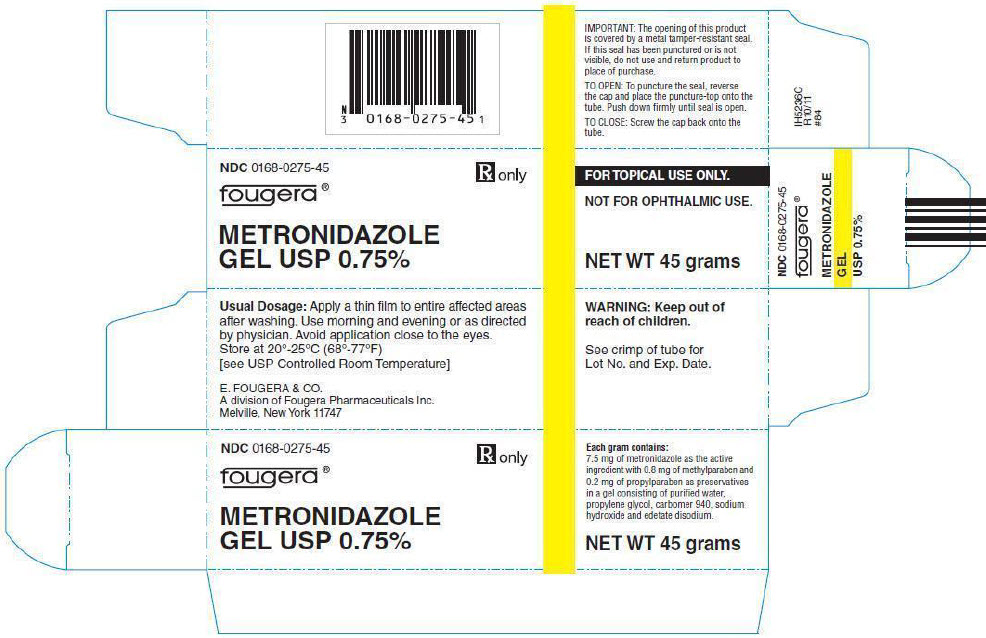