TRACE ELEMENT ADDITIVE FOR IV USE AFTER DILUTION

Selenium Injection is a sterile, nonpyrogenic solution for use as an additive to solutions for Total Parenteral Nutrition (TPN).

Each mL contains Selenious Acid 65.4 mcg (equivalent to elemental selenium 40 mcg/mL) and Water for Injection q.s. pH may be adjusted with nitric acid to 1.8 to 2.4.

Selenium is part of glutathione peroxidase which protects cell components from oxidative damage due to peroxides produced in cellular metabolism.

Prolonged TPN support in humans has resulted in selenium deficiency symptoms which include muscle pain and tenderness. The symptoms have been reported to respond to supplementation of TPN solutions with selenium.

Pediatric conditions, Keshan disease, and Kwashiorkor, have been associated with low dietary intake of selenium. The conditions are endemic to geographical areas with low selenium soil content. Dietary supplementation with selenium salts has been reported to reduce the incidence of the conditions among affected children.

Normal blood levels of selenium in different human populations have been found to vary and depend on the selenium content of the food consumed. Results of surveys carried out in some countries are tabulated below:

Plasma selenium levels of 0.3 and 0.9 mcg/100 mL have been reported to produce deficiency symptoms in humans.

Selenium is eliminated primarily in urine. However, significant endogenous losses through feces also occur. The rate of excretion and the relative importance of two routes varies with the chemical form of selenium used in supplementation. Ancillary routes of elimination are lungs and skin.

Selenium Injection is indicated for use as a supplement to intravenous solutions given for total parenteral nutrition (TPN). Administration of selenium in TPN solutions helps to maintain plasma selenium levels and to prevent depletion of endogenous stores and subsequent deficiency symptoms.

Selenium Injection should not be given undiluted by direct injection into a peripheral vein because of the potential for infusion phlebitis.

Selenium Injection can be toxic if given in excessive amounts. Supplementation of TPN solution with selenium should be immediately discontinued if toxicity symptoms are observed. Frequent determination of plasma selenium levels during TPN support and close medical supervision is recommended.

Selenium Injection is a hypotonic solution and should be administered in admixtures only.

This product contains aluminum that may be toxic. Aluminum may reach toxic levels with prolonged parenteral administration if kidney function is impaired. Premature neonates are particularly at risk because their kidneys are immature, and they require large amounts of calcium and phosphate solutions, which contain aluminum.

Research indicates that patients with impaired kidney function, including premature neonates, who receive parenteral levels of aluminum at greater than 4 to 5 mcg/kg/day accumulate aluminum at levels associated with central nervous system and bone toxicity.Tissue loading may occur at even lower rates of administration.

As selenium is eliminated in urine and feces, selenium supplements may be adjusted, reduced or omitted in renal dysfunction and/or gastrointestinal malfunction. In patients receiving blood transfusions, contribution from such transfusions should also be considered. Frequent selenium plasma level determinations are suggested as a guideline.

In animals, selenium has been reported to enhance the action of Vitamin E and decrease the toxicity of mercury, cadmium and arsenic.

Pregnancy Category C: Selenium at high dose levels (15-30 mcg/egg) has been reported to have adverse embryological effects among chickens. There are however, no adequate and wellcontrolled studies in pregnant women. Selenium Injection should be used during pregnancy only if potential benefit justifies the potential risk to the fetus.

Presence of selenium in placenta and umbilical cord blood has been reported in humans.

The amount of selenium present in Selenium Injection is small. Symptoms of toxicity from selenium are unlikely to occur at the recommended dosage level.

In adults, selenium deficiency states resulting from long-term TPN support, selenium as selenomethionine or selenious acid, administered intravenously at 100 mcg/day for a period of 24 and 31 days, respectively, has been reported to reverse deficiency symptoms without toxicity.

Aseptic addition of Selenium Injection to parenteral nutrition solutions under laminar flow hood is recommended. Selenium is physically compatible with the electrolytes and other trace elements usually present in parenteral nutrition formulations. Frequent monitoring of plasma selenium levels is suggested as a guideline for subsequent administration. The normal whole blood range for selenium is approximately 10 to 37 mcg/100 mL.

Do not directly mix ascorbic acid injection with selenium containing parenteral products in the same syringe or vial, as this admixture may cause the formation of an insoluble precipitate.

FOR IV USE AFTER DILUTION
PRESERVATIVE FREE 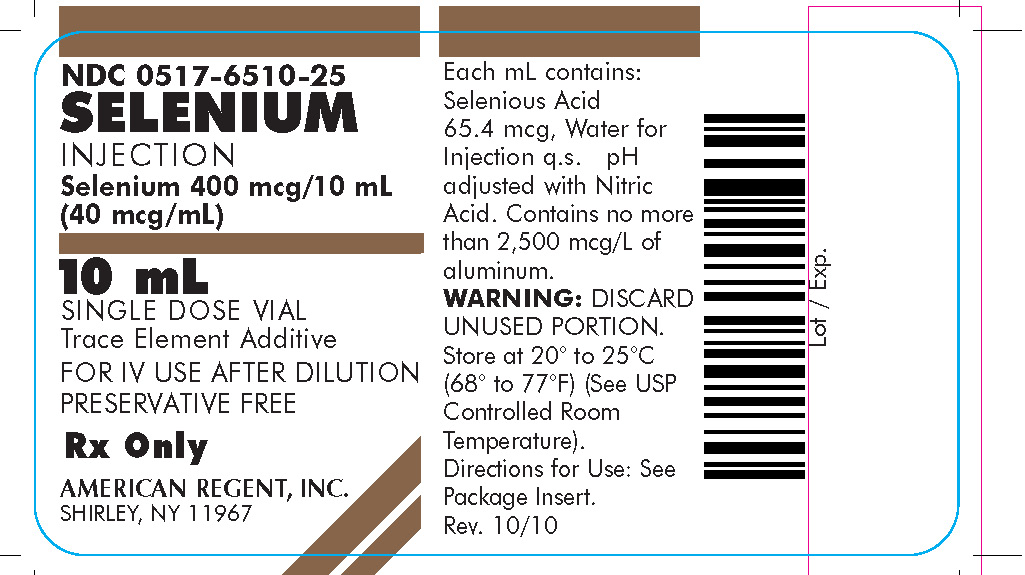 FOR INTRAVENOUS USE AFTER DILUTION     PRESERVATIVE FREE      Rx Only 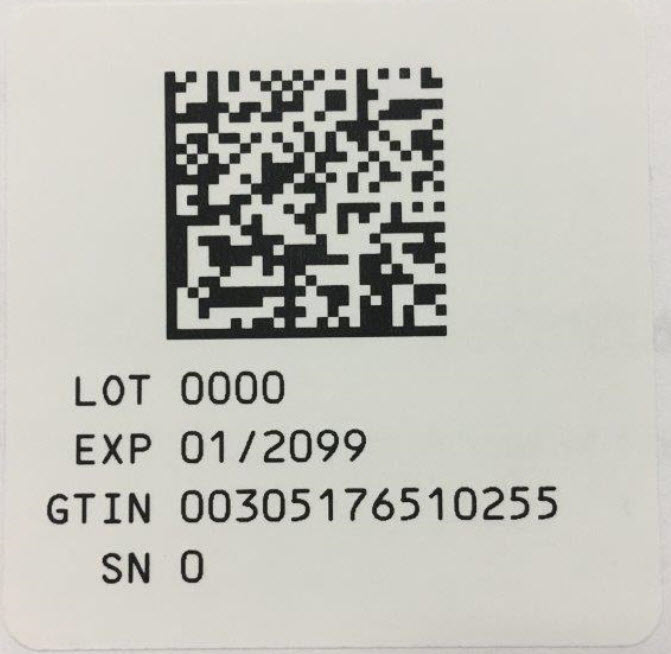